Two New Spanish Skydiving Records in the head down modality

From the 25th to the 29th of July the "SPANISH NATIONAL HEAD DOWN RECORD ORGANISED BY FLY WARRIORS" took place at Skydive Empuriabrava. An event organized by the "Fly Warriors" Free Fly school that has brought together some of the best skydivers in the Free Fly modality.

The objective of the event was to achieve a new Spanish record of 18 skydivers flying in formation in the Head Down position. The goal was achieved much earlier than expected, specifically on the second day of the event in the first jump they made with the 18 jumpers. 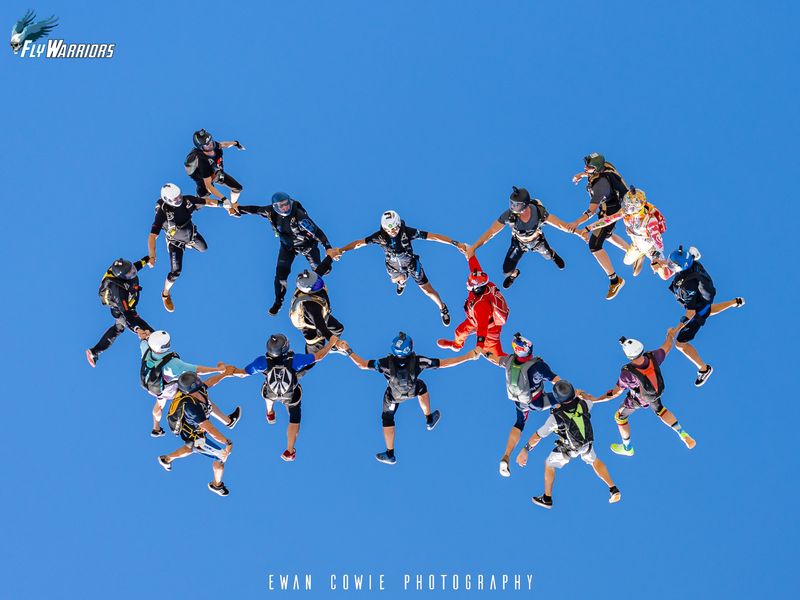 After this success, they wanted to go a little further and try another new Spanish record: The National Head Down Sequential Record - 2 points - 18 way which consists of the same as the previous one but adding the difficulty of breaking the formation to change position and rejoin the formation in the same jump. After five attempts, they achieved the new Spanish Head Down Sequential Record - 2 points - 18 way, the second day of the event, July the 27th.